#1
Is it appropriate to report the statistical significance of the threshold coefficients for variables in a clm model that were calculated with nominal effects?
Using the example from the ordinal package clm() vignette from the wine data: 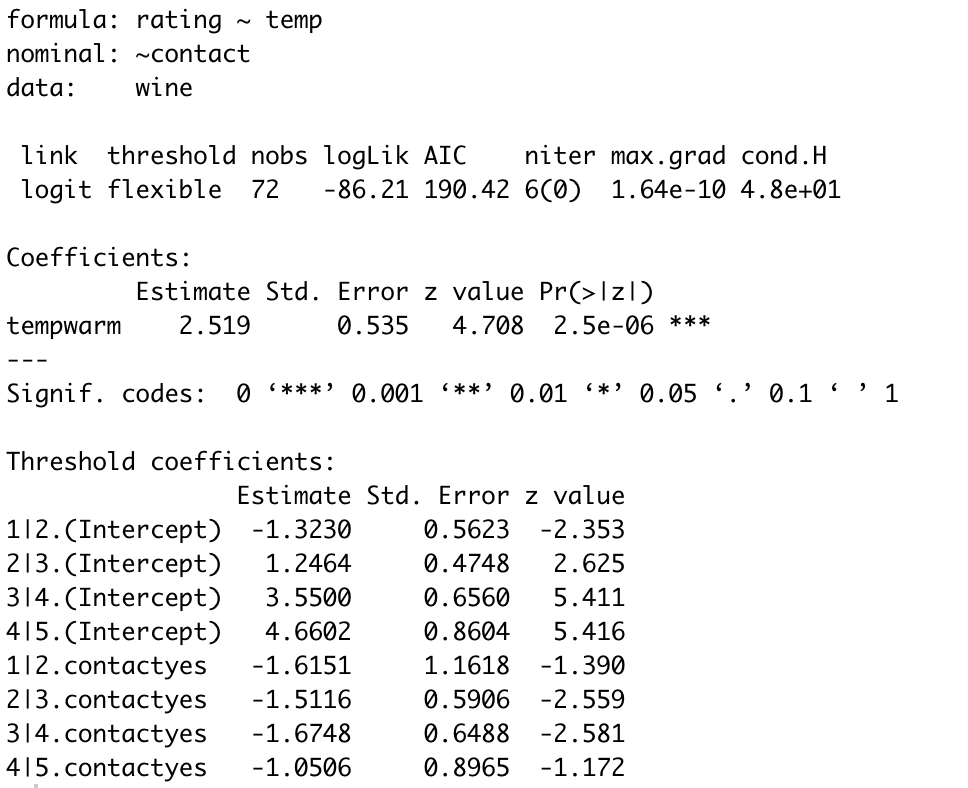 Although nominal effects weren't really necessary for the contact variable here, I'm using it for a simple reproducible example.
Because z values are provided in the output, would it be acceptable/correct to convert those to p-values and say something to the effect of "Contact for the 1|2 threshold is NOT statistically significant at the 0.05 level (z value -1.390 = p-value of .16) but the effect is significant at the 2|3 threshold (z value -2.559 = p value .010).

If too many variables show nominal effects or dealing with them causes model misspecification as shown by the Hessian value, is it OK to leave them as is in the clm and say something like “on average, this is the impact across all thresholds, but the coefficient shouldn’t be interpreted because the effect can change direction or significance”? This is an issue for me in the following example: 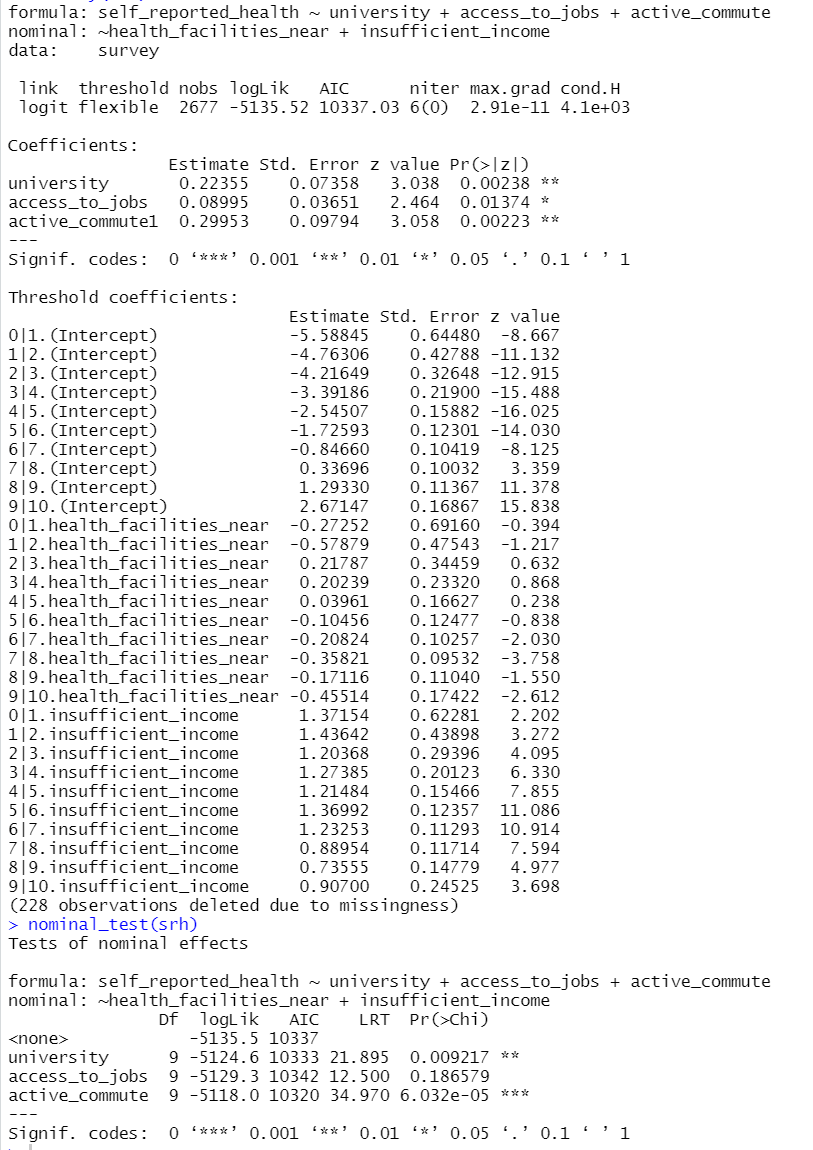